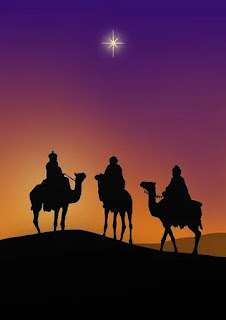 Today on the Feast of the Epiphany, we doubled up on our Church services.  First, we attended 8:45 Sunday Mass at the Church of St. Joseph, where I recently served as a Permanent Deacon, then Debbie and I attended the launch of Community Church in Babylon Village at their first-ever church service at 10:30.

How truly fitting it was to do this on the
Feast of the Epiphany of Christ, as Father Francis explained in his homily, Epiphany is the “manifestation of Christ”.

Those who know me have come to realize that I hate shopping, and this day was not meant to be “shopping for a new church day”, but considering the state of scandal within the Church, we felt impelled to see what this new church was all about. As a couple with an experience of outreach in the community we are called to wonder, and ask the deep questions about our faith, our institutions and to see Christ in and be Christ to others.

We arrived a couple of minutes before the service began in the basement of an old Baptist Church on Montauk highway. We were welcomed by several hosts with energetic smiles and warm greetings as we entered. Children were directed into small groups according to their age as they were welcomed to experience church on their level. The room was packed as I recognized the soft pulsating ethereal beat of Contemporary Christian music so familiar to me as a member of the Noon CME mass at St. Joe’s.  Coffee, tea, and bagels were at the rear of the room as we prepared to keep an open mind to today’s service.

As I looked around the room I spied a friend, an enlighten parishioner of St. Joseph’s who stood just a few feet away. A band played enthusiastically a few opening Christian themed songs, then Pastor Lou Pizzichillo was introduced.

Lou summarized what was about to happen, invited comments and registration at the rear of the room and set us at ease. His lesson or sermon reached to the heart of what many disenfranchised had experienced in their other church traditions. They were born into a faith, dragged or cajoled into attending Sunday Mass or services over the years, but for some reason, they did not experience the joy of the gospel.

Prior to Lou’s launch of Community Church, he along with a few others did an informal poll asking what word came to mind when he mentioned “church”?  All of the comments pointed toward the negative; “angry”, “disappointing”, “corrupt”, “restrictive”, “non-inclusive” and the like.  There was one glimmer of light in which one man said, “I suppose it helps a little”.

My pre-investigation into Community Church led me to a start-up with some roots in Massapequa and Setauket. A community with a non-denominational approach without a declared tradition (Presbyterian, Episcopal or Universal) Their belief was rooted in the Bible and in Father, Son and Holy Spirit, the Trinity.

Pastor Lou harkened back to the beginning of the Church shortly after Jesus’ Passion, Death, and Resurrection and how the experience of the early Christians was one of a people who heard and saw a dramatic change. They encountered Christians with heavenly generosity, charity, love and yes, a joy that led many to join the ranks and call themselves Christians. Christians with love and joy who were willing to accept death (martyrdom) instead of denying Jesus Christ.

In looking back to the early traditions of the Church, Pastor Lou hoped to establish this Community Church for the “Un-Churched” who are looking for joy and direction and experiencing “the rest of the story” which may have been lacking in other churches.

When I was studying for the Permanent Diaconate in the Roman Catholic Church just a few years back, I was tasked with studying Vatican II and the Ecumenical Movement.  I was inspired that Vatican II found truth in many traditions, but determined that the fullness of truth was in the Catholic Church.  With all that has happened with the scandals and a “Corporate Jesus” approach to faith, I often wondered how God leads me to a deeper understanding of my own faith.

I believe that Pope Francis is well guided by the Holy Spirit as he reminds us to get back to basics and reject the notion of clericalism and careerism in any Church.

The word “Catholic” means universal and the great sin of the Church is that we are not united, as St. Paul calls us in his letter to the Ephesians,4:13 "...until we all attain to the unity of the faith and of the knowledge of the Son of God – a mature person, attaining to the measure of Christ’s full stature."

I have come to understand that the Holy Church is both human and divine, and yet it is the “human” aspect along with the sin and love of power that tried to steer Peter’s boat off course.  It is up to us in our local communities, with the grace of God, to risk a relationship with fellow Christians to build up the Body of Christ, right here in Babylon.

My experience today, led me to a community interested in welcoming, worshiping and witnessing to the Joy of the Gospel.

Today’s inaugural church service was a satisfying one which left me wondering all the more, and maybe that is what God’s mission is for me.  To keep wondering, asking, seeking, knocking on the door to find my role in the mission of Christ.  To seek truth, transparency and His call toward the Joy of Christ, redemption and the Joy of His Gospel. 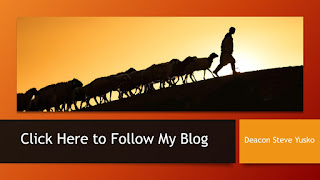 A trusted friend told me that “there are many roads up God’s mountain”. Sometimes the plan we intended for the mission gets routed to a new course, many times we bang our heads on the wall to remain on the old route, when in fact, God is calling us to follow Him another way.

We once had a visiting priest from Ghana and I asked him how the joyful people of Ghana experienced Christ. Fr. Phillip said many of his community attended the Pentecostal Church for the joy, music and the inspirational Word of God, and then go to the Catholic Church for the Sacraments.

February 06, 2020
What do Bob Marley, Taylor Swift, and Fr. James Martin, SJ have in common? Indulge yourself and read on. The cards I’ve been dealt with and  the ones I’ve traded in have left me with an interesting hand.  Impulsiveness, sarcasm, and passive-aggressive actions are all cards I have held in the hold, in the bundle of pride.  In my ministry zeal, I realize that I have been less compassionate and charitable in seeking justice.  I know, I know I need to trade these “cards” in.  I am a sinner searching for the right path. Building a House of Cards  These past few days I’ve found three of kind in my hand and there’s no way I’m going to fold. I recently watched the Netflix documentary on Taylor Swift.  Miss Americana. I’ve appreciated her music, vulnerability and her talent to write and perform heartfelt songs. She has a gift and an Achilles’ heel which we see in the movie. As a young girl, she seemed to strive for stardom being the “Good Girl” ever seeking approval. Spoiler A
Post a Comment
Read more

September 03, 2020
Feast of St. Phoebe, Deacon  Thursday, September 3rd  I decided to revisit an article I had written for my parish's bulletin, the "Deacon's Corner" in 2018.  I stand by what I have written and have decided to republish this on St. Phoebe's day. Needless to say, this was never published in the church bulletin, but  I choose again to blog it here.   I'm a Wondering   If, as a Deacon, I am called to wonder; would it really be a source of scandal and confusion for me to express this wonder? I hope not. I believe if we are to deepen our faith, we must continue to wonder and ask questions, even if the pope or a bishop has not “asked for discussion on the matter”. I recently wrote a blog about the question of woman deacons, which I also submitted for the weekly church bulletin. Within a day, my article was rejected from the bulletin’s “Deacon’s Corner” and I was sent an email stating that the article would be potentially scandalous and could sow seeds of confusion a
3 comments
Read more